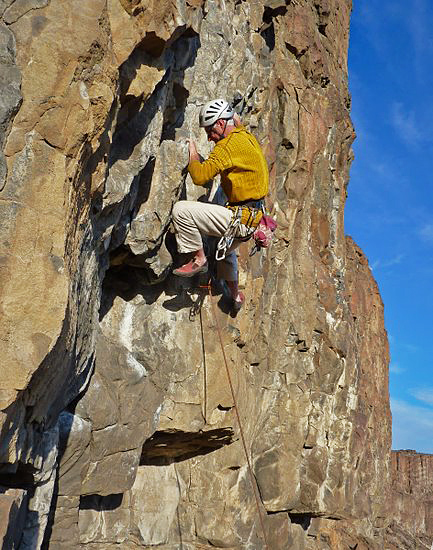 Two ancient climbers and a young, strong one went to Frenchman Coulee (Riverview Park) on Thursday to catch some rays before the onset of the sport climber’s nemesis: Winter. Each of us led some of the many classic climbs on these walls. Dilley struggled up a climb he had lifted his leg on and marked his territory years ago only to watch Shaffer second it in hiking mode with his approach shoes on. Shaffer went on to lead the ferocious Psychogenic Fugue Thus Far as well as the most difficult pitch at the crag – Euphoric Nothingness. 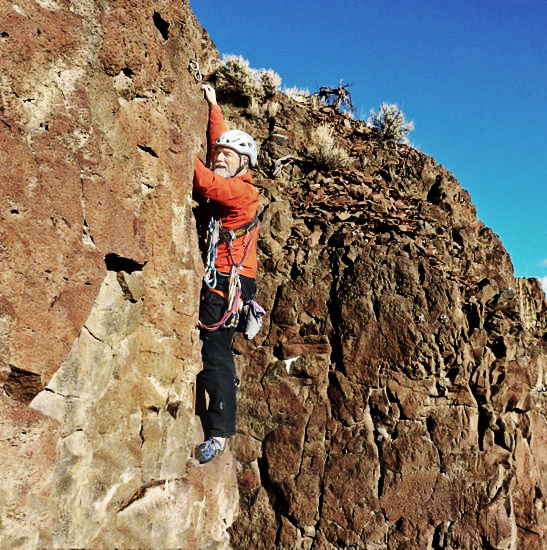 Shipman led some fine pitches with the crux coming in the first 10 feet but nothing that competed with the scorpion stingers of Shaffer’s lines. Shipman and Dilley have marked significantly more time on this planet than their rope-rocket partner, and the two old prunes were quick to gang up on their young gun and employ age as an excuse for their lack of vertical awesomeness.

What was awesome, however, were the word-play opportunities of having three Marks (well, two Marks and one Marc) out climbing together. Throughout the day came the groaners like, “Mark my words, that’s a markedly good route,” or, “That route was good enough to be widely marketed,” or “Everyone climbing here today is a marked man,” or, “We sure left our mark on that one.” 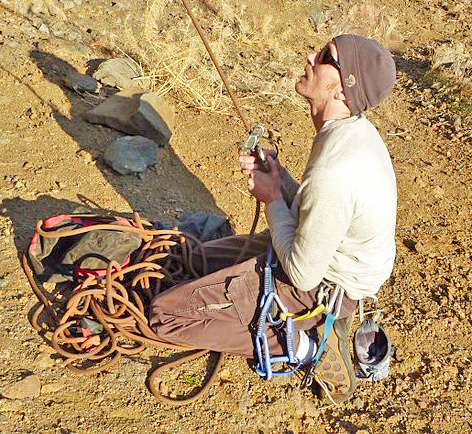 Mark Shaffer prays (while belaying) that the drooling geriatrics in his company are delivered from evil. 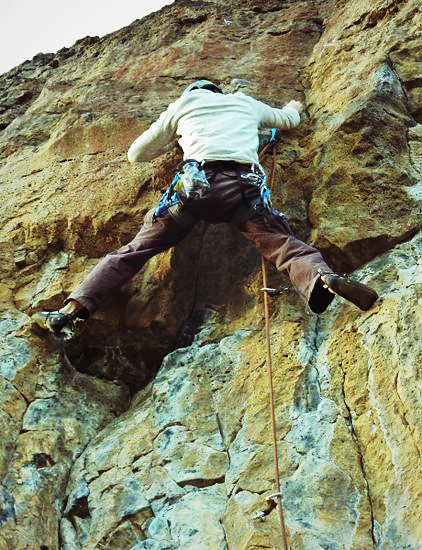 Shipman, who through seniority was the Marquis of Marks, confessed that having everyone share his name helped his sputtering brain remember who the heck he was out climbing with. But memory aides have their downside, “It was a little concerning to hear Mark yell ‘Off belay, Marc’ or ‘Take, Marc,’  when I didn’t have a rope in my hands!”

According to one of the Marks, who failed to supply any documentation for his assertion, the odds of having three out of three climbers named “Mark” is 1 in 11,000. Remarkable.

The Gospel According to Mark.