Search
Disclaimer: Before bringing the kettle to a boil, know which tree needles you are brewing. Several trees are toxic – including ponderosa pine (such a shame considering its local abundance), common yew, and Norfolk Island pine. These plants contain toxins that can cause anything from cramps to liver damage. Additionally, women who are pregnant should NOT drink pine needle tea. 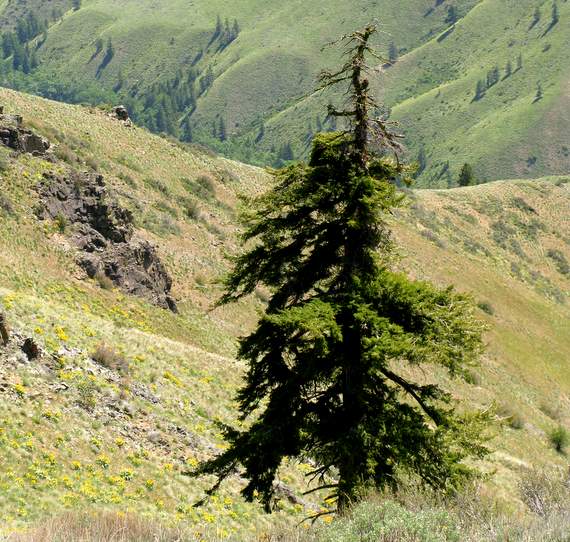 Photo: This tree could be a lifesaver when you’re lost in the wilderness and needing Vitamin C…which happens all the time.
by Kalie Wertz
Close your eyes, inhale the essence of pine, and let this tea transport you from the office to the middle of a forest. Add several astonishing health benefits and you may make pine needle tea a morning staple. Just what are those health benefits? For starters, pine needle tea defends you against coughs and colds, namely because those pokey needles pack large amounts of Vitamin A, as well as four-to-five times the amount of Vitamin C found in a lemon or glass of pure orange juice. 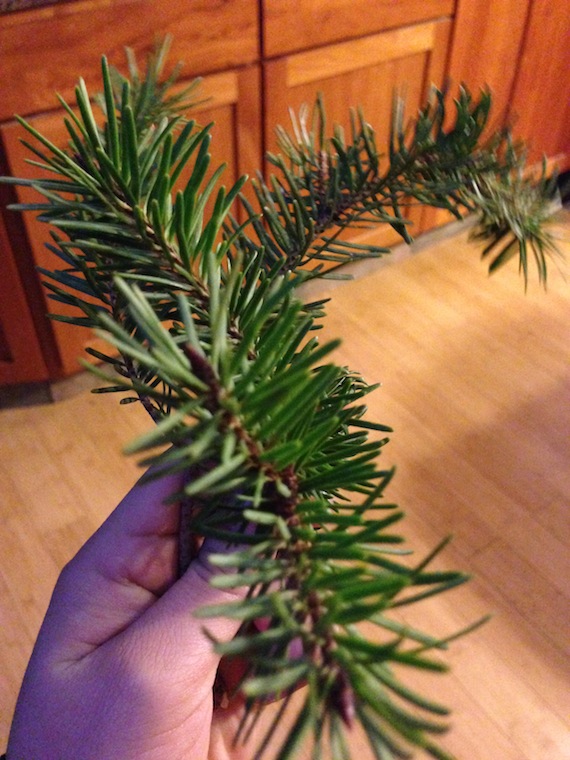 That’s improved immunity, cardiovascular functions, skin and eye health with each cup you brew. Pine needles have been used in antidepressant, antibacterial, antiviral, and inflammatory medicines. They’ve also been used in reducing triglycerides, fighting the herpes virus, and cancer prevention.

Those are big pluses from trees you’re likely to pass on a daily basis.

While out near Saddle Rock this weekend, I passed a particularly healthy looking Douglas fir and decided to give this natural vitamin supplement a go. I brought some needles home and found pine needle tea as easy to brew as any other tea. Its taste wasn’t half bad either — like most teas, it’s an acquired taste. Its enjoyment was enhanced by knowing that it was healthy, all natural, and that I picked it myself.

To make your own pine needle tea:

1. Grab a handful of fresh, young pine needles while hiking. The fresher and younger, the better, but using any still-green needle will work.

2. Rinse the needles, chop off the brown ends, and chop the rest of the needles into small pieces.

3. Throw them into a cup and douse completely in boiling water, watching as the needles float up to the surface of the water. When the needles become dull green and sink to the bottom of the cup, they have released their flavor and nutrients.

4. Take a sip and decide whether to add sweeteners. Honey, lemon, and sugar have all been recommended, so experiment. Maybe throw in an orange peel and some allspice. (I drank my tea unadulterated because I like my tea how I like my coffee – straight to the point.) 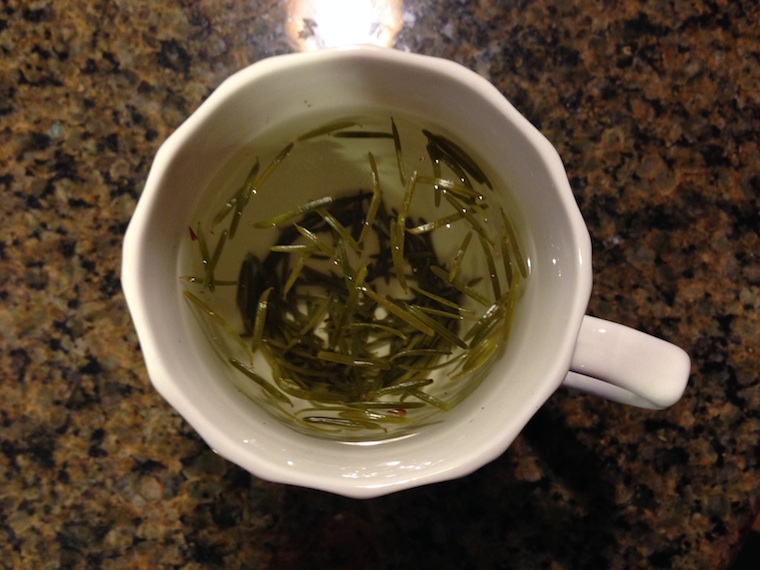 Photo. It might not look like much but it packs a green punch straight to your immune system.

Trees to choose from in our region that we know to be safe and tasty include Douglas-firs and white pines. We couldn’t confirm whether whitebark pine, seated up high near timberline was good or bad to drink, so use it at your own risk.

A lot of research has been done on the health benefits of pine needles, specifically from white pines. More information about these benefits here.

Be careful in correctly identifying trees – some pines that look similar are not similar at all in the chemistry of their tea. More information about identifying the trees in Washington can be found here.