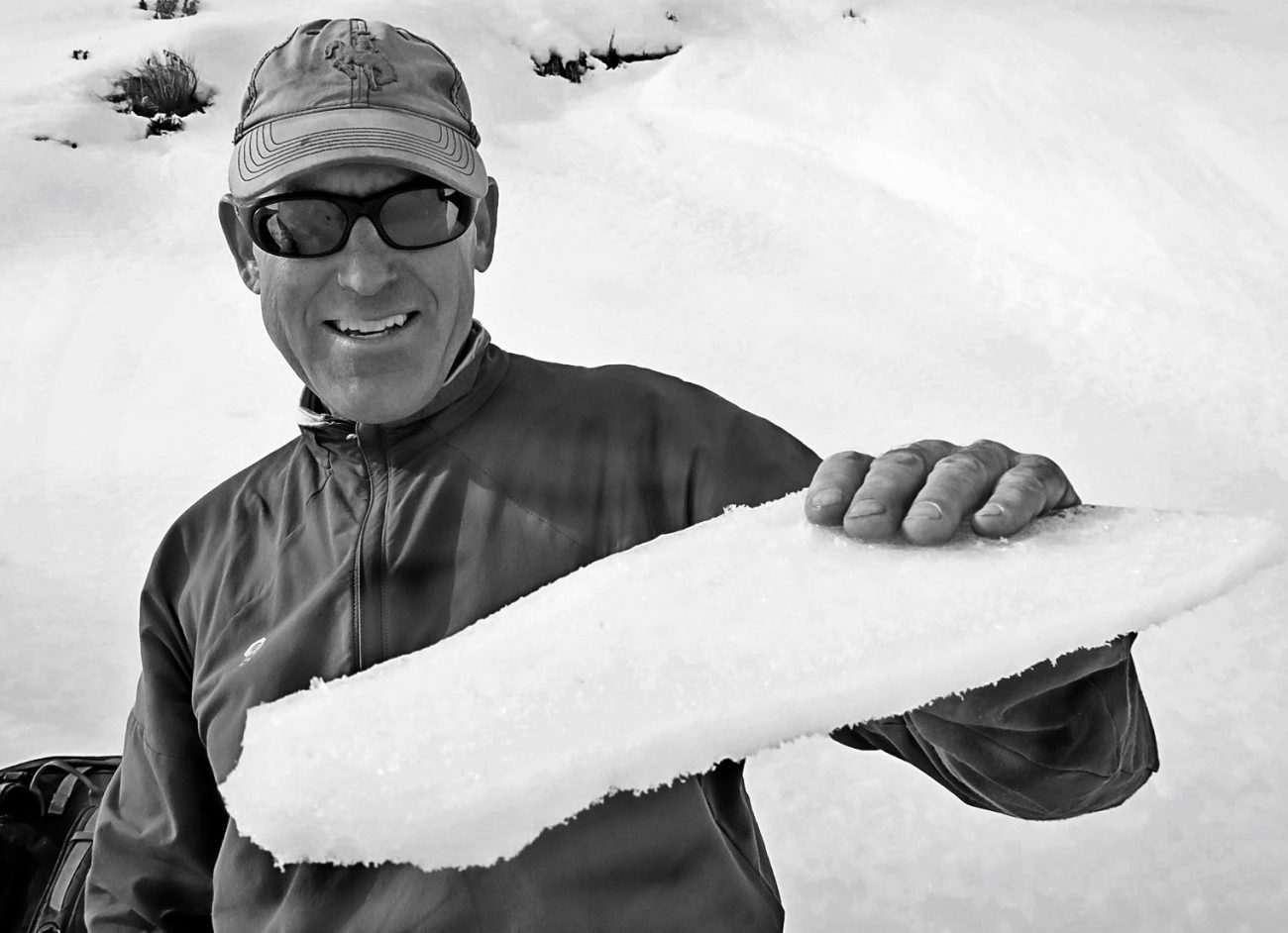 Saturday afternoon while driving home from a morning of downhill skiing at Mission Ridge, the glazed snows coating the Wenatchee foothills captivate me. They reflect sunlight like a mirror, making the foothills glow. I’ve never seen such a prominent glow emanating from our hills. A stupid idea takes shape.

At home I email a few backcountry skiers who are typically game for stupidity. “I’ve never seen such a 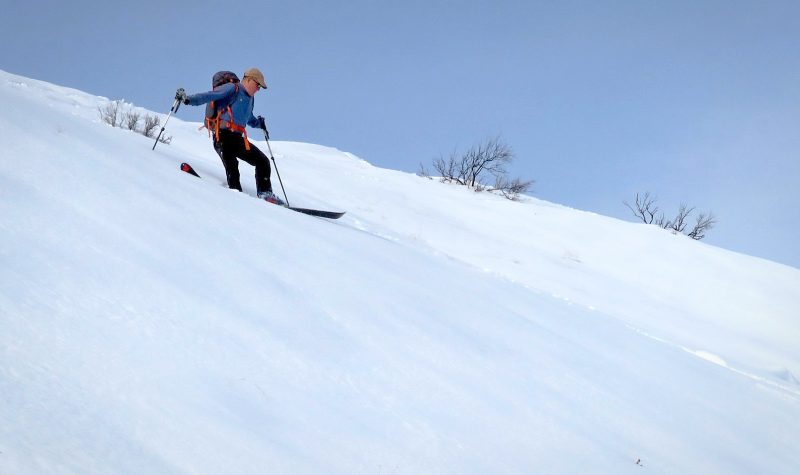 wicked sun crust on our foothills,” I write. “Let’s do a Saddle Rock enchainment tomorrow – we can chase the sun around the peak and ski all its different exposures. Could be an epic day delivering a mix of the Good, Bad, and the Ugly.”

By the next morning I’ve only recruited one stooge for the objective. We meet at the Wenatchee Racquet and Athletic Club (WRAC) and start skinning uphill around 9:45 a.m. The night was cold; the crust is firm, so we climb slowly to give the sun time to perform its magic. Around 11:00 a.m. we are ready to brave the first descent from a perch near the summit that drops down the east-facing slopes toward South Hills Drive. It takes all of one turn to discover we’re in for a truly heinous descent. On this day the freeze of night has proved to be far more powerful than the thaw of day; we crash and burn our way downhill on a wicked breakable crust. We check off the ‘ugly’ box of this tour. 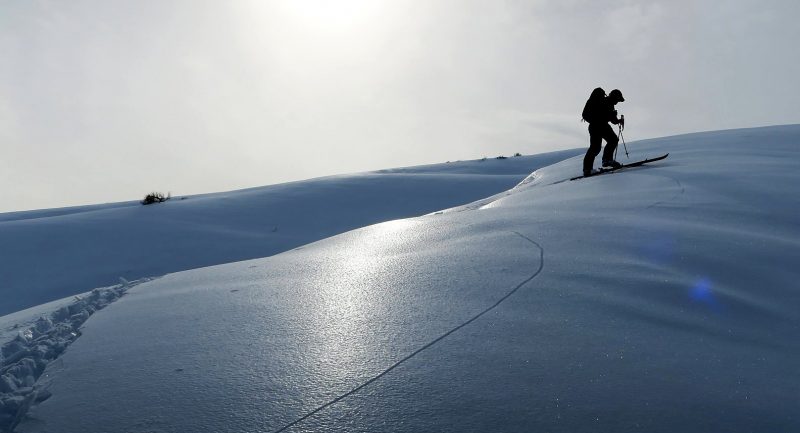 We climb back to the top and, by the time we’re looking down the south side of Saddle Rock, another 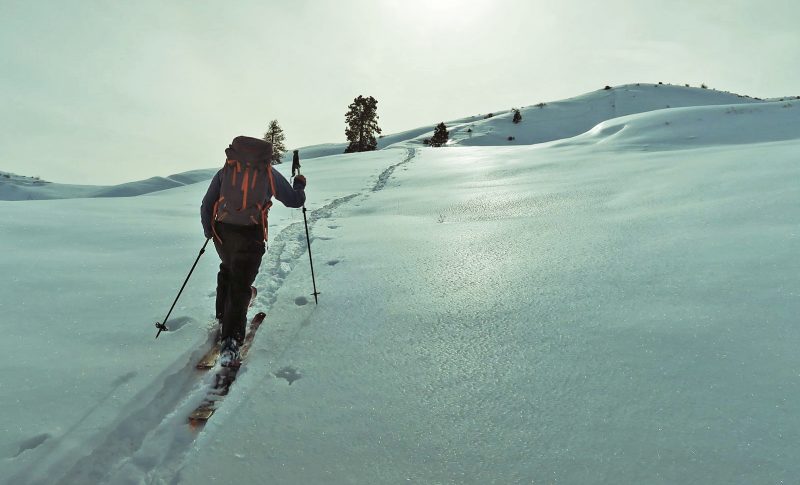 hour has passed. The south slopes sport a much skinnier snowpack and the snow is actually softening. A bit. We drop down into the draw between Saddle Rock and Dry Gulch finding places where we can actually execute jump turns between clumps of bunch grass and clusters of sage brush. It’s not good skiing but this time we stay upright on our skis. The ‘bad’ box of the promised tour is checked.

Up we go again. The uphill skiing is efficient and the wintertime views over the Columbia River Valley are spectacular. The Sage Hills, Burch Mountain, and the Waterville Plateau all glow with this rarely seen white mantle. Today we decide the uphill travel is the only ‘good’ skiing. We joke about starting a foothills heli-skiing company – customers ski uphill and we helicopter them back 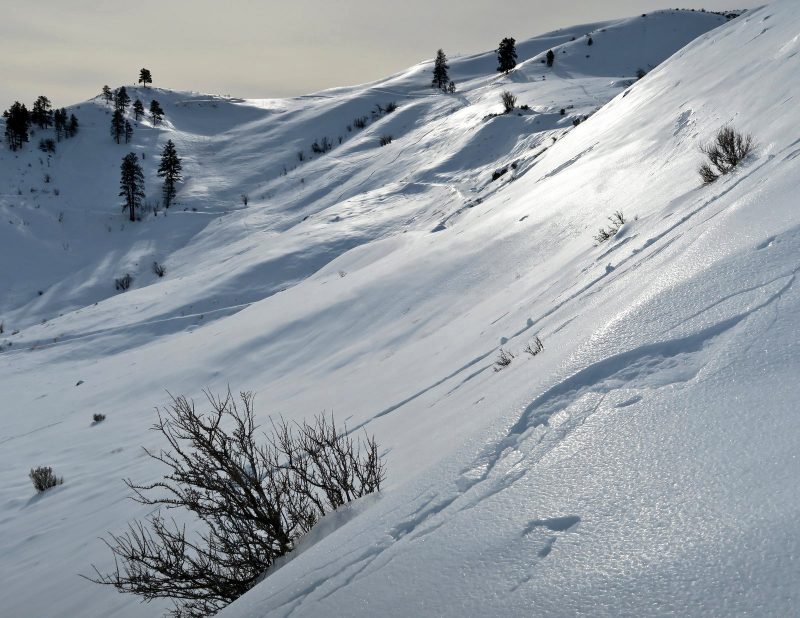 At the top we still have the fearsome north-side slopes leading back to the car to battle. Given what we’ve found on the day’s sun-soaked exposures, we’re downright afraid to fight the crust on slopes that have received no sun at all. “Let’s ski the southern slopes once more and then hitch a ride from Circle Street back to the WRAC,” I suggest. 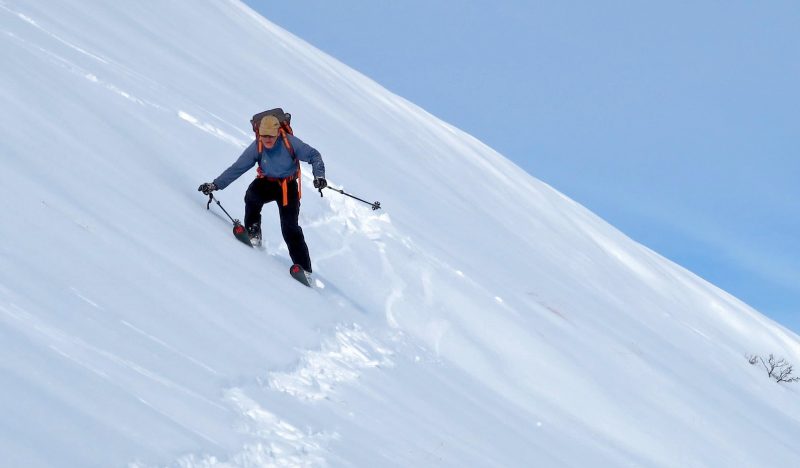 Only a few days ago when the hills were coated with powder, I felt like a World Cup skier blasting down slopes in the foothills. Today I feel like a complete beginner. With an ugly combination of snowplowing, stem turns, hop turns, paddle turns, and kick turns, I survive another bad descent. Yet when we reach the Circle Street Trailhead I’m smiling as broadly as when I skied powder a few days ago. Whether it’s good, bad or ugly, skiing is such a rush. 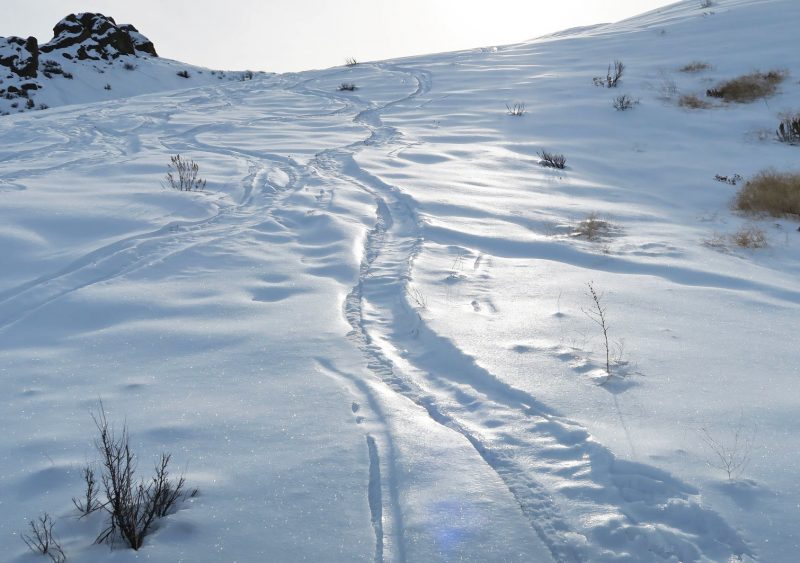