On Easter Sunday I skied Mount Saint Helens along with 200 West Side backcountry skiers and peak baggers. Two weeks later, I enjoyed an opposite experience (alone time in a spiritual place) in the Chelan Sawtooths – a large, larchful subrange of the Cascades that probably sees fewer than 100 skiers per year.

That Sunday, two companions and I carried gear up Williams Creek to the 4500-foot level. At that point the trail was adequately covered with snow to stride onward on skinned skis. Great heaping mounds of elk pellets adorned the trail, but there were neither boot prints nor ski tracks anywhere in the drainage.

The ascent of Williams Butte (7,500 feet) offered superb touring through forests of lodgepole pines, stands of subalpine fir and eventually with glades of larch. Even with the monotone shades of winter, the area inspired all of us to wonder aloud about the beauty of this area in autumn when the larches would be aflame.

The snow was firm from the night’s freeze, but was developing a soft skin of corn by early afternoon. The master plan had been to yoyo a few subpeaks beyond Williams Butte, climb Camels Hump (8015 feet) and descend War Creek where we had stashed a bike for the car shuttle. As we reached the summit of Williams Butte, however, the sky was falling and the adjacent peaks were being devoured by clouds. It was apparent the master plan would be an unpleasant exercise of skiing by braille through flat-light conditions. We contented ourselves with skiing the buttery corn on the slopes leading down to Williams Lake while we could still see, and retracing our route out.

Reasons why this entire range (frequently accessed from the Twisp River Road) is such an empty ski land? There’s no highway access to snowline. There’s no snowmobile access to the goods. These peaks are miles from any major population center. Yup, there’s a price to be paid to ski the big lonely.

The day after our sojourn my shoulders were tired from lugging ski gear to and from snowline. But that fatigue will disappear after a day. The recollections of big mountain landscapes, ski lines by the thousands; and superb spring-skiing conditions take many weeks before they are lost to shoddy memory. That’s a good gain-to-pain ratio. 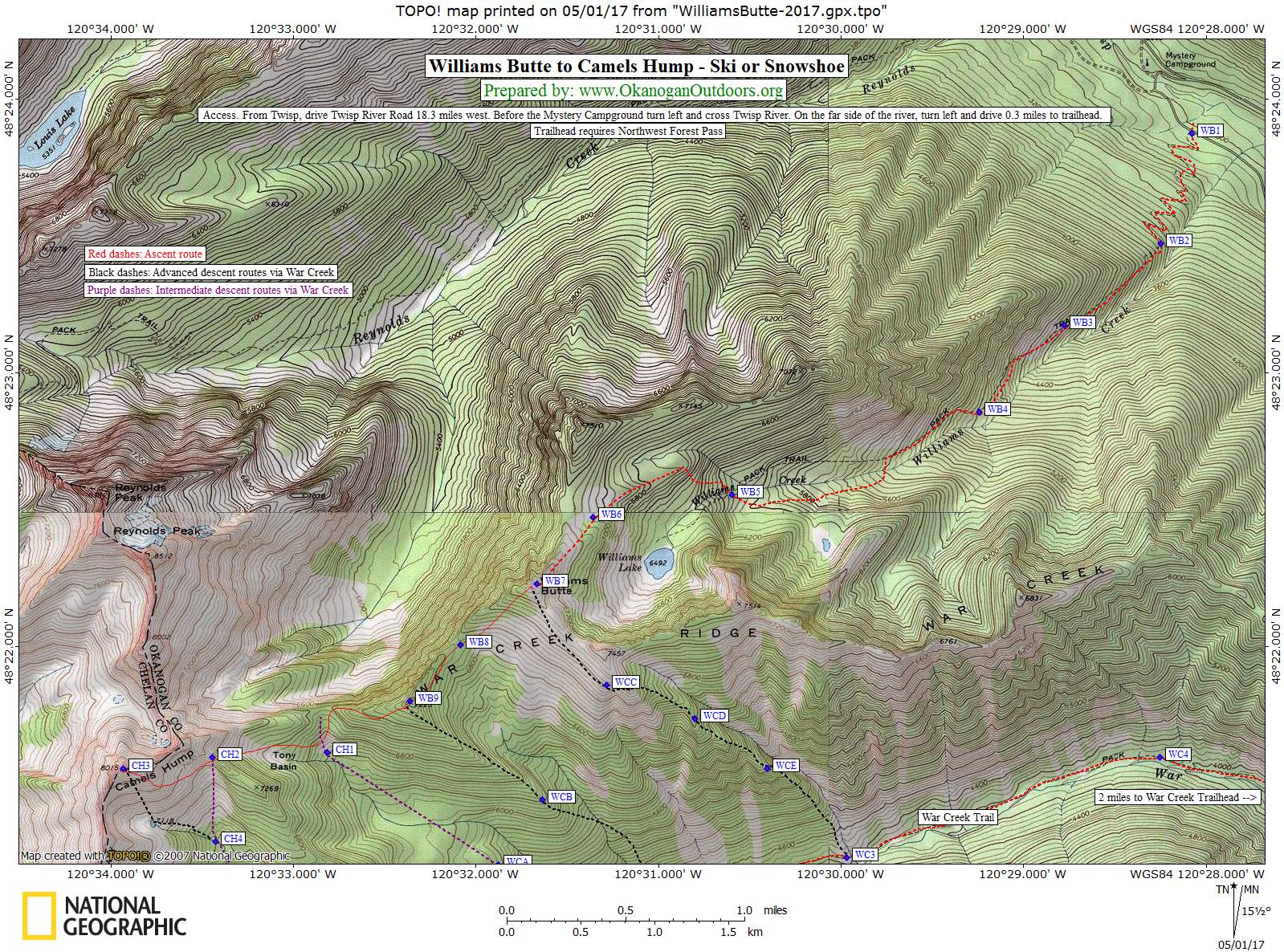