WHAT IS AN AVALANCHE? A snow avalanche is a mass of snow moving down slope which may also contain ice, soil, rocks, trees or other debris. Some sobering statistics to consider: 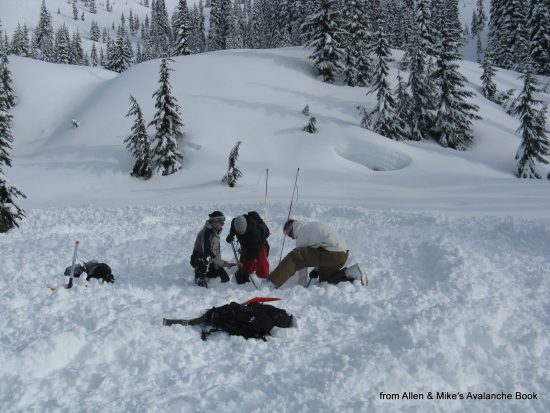 Chester Marler Photo: Point release slides on the side of Lichtenberg Mountain near Stevens Pass. 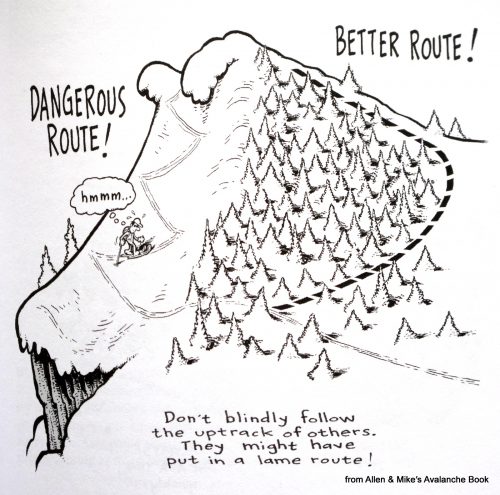 Elevation: Temperature, wind and precipitation often vary significantly with elevation. Never assume that conditions at one site will reflect those at a different elevation. 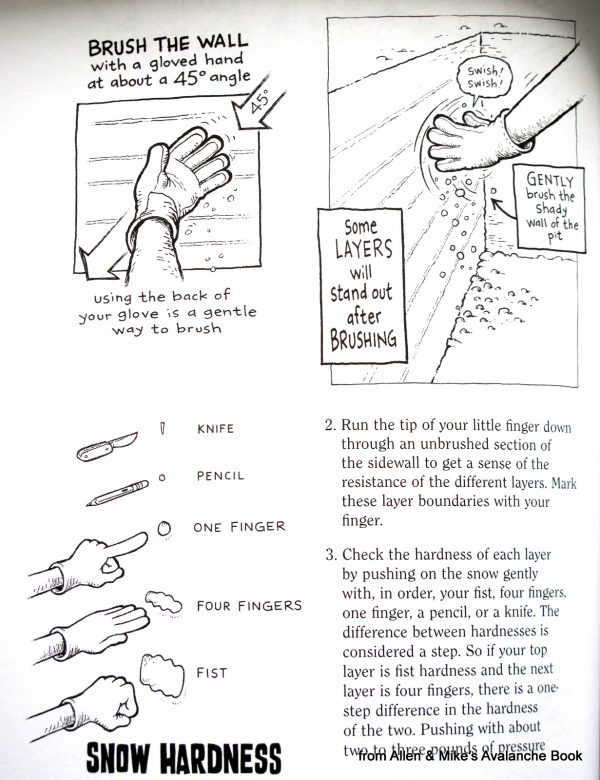 SNOW STABILITY EVALUATION Snowpack Layering and Bonding: The snowpack accumulates layer by layer with each new snow or wind event. These layers are subject to change throughout the winter. Many combinations of strong and weak layers can exist within the snowpack. Strong doesn’t necessary mean stable. Slab avalanche potential exists when relatively strong, cohesive snow overlies weaker snow or is not bonded well to the underlying layer.

WEATHER
Examples of Weather Patterns Resulting in Unstable Snow Conditions: 1. A lot of new snow in a short time period. 2. Heavy rain adding weight but no strength. 3. Long, cold clear, calm followed by heavy precipitation and/or wind loading. 4. Storms that start out cold and end warm. 5. Rapid warming to near or above freezing after prolonged cold weather 6. Intense solar radiation and can happen with thin layers of clouds. 7. Strong winds with snow transport. 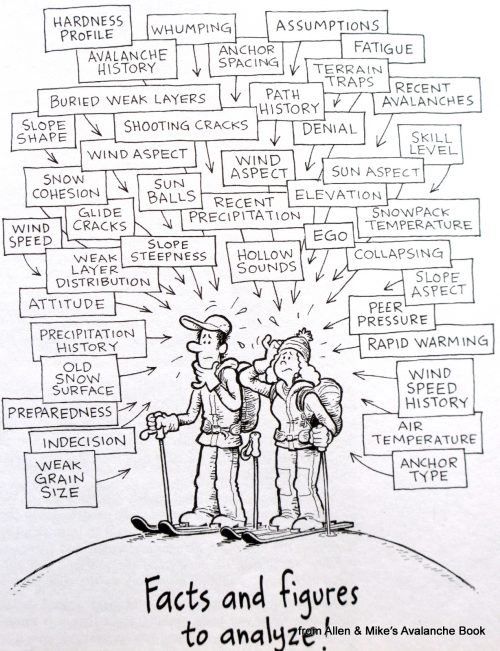 route). 4. Laziness (e.g., shorter to cut across avalanche slope rather than climb the longer, but      safer route around it). 5. Peer Pressure (statistically among males). 6. Poor Communication (not looking out for partner or discussing observations). 7. Slope Familiarity (generally slopes are stable most of the time). 8. Summit Fever (and taking risk because of it). 9. Fatigue (diminishing judgment). Remember: ALWAYS UTILIZE AVALANCHE FORECASTS AND CONDITION REPORTS!

EXTRA INFORMATION NOT COVERED IN THE SESSION

Rutschblock Test 1. On a safe test slope of at least 30 degrees, completely isolate a block of snow about a ski length across and a ski pole up slope 3-4 feet deep. 2. Step onto the upper third of the block while wearing skis and jump progressively harder until the block fails. The rating is as follows:

NOTE: FIELD TESTS MAY NOT BE REPRESENTATIVE OF THE WHOLE SLOPE;

MAY BE IMPROPERLY DONE; MAY BE MISREPORTED OR MISUNDERSTOOD