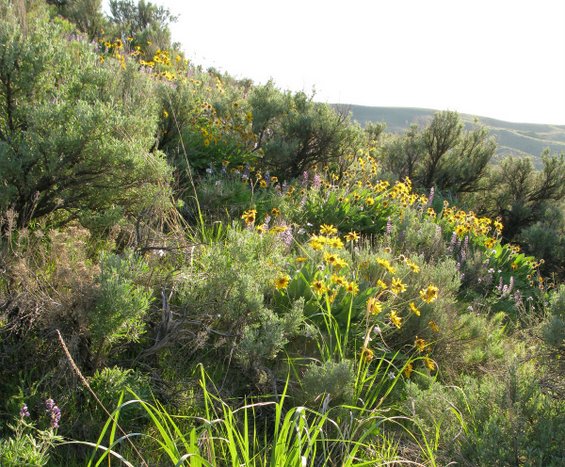 Story by Grace Peven
I used to believe only the brave and foolish ventured into the Foothills after a thick rain.  I fear the erosion, the muddy shoes, the specks of dirt that always seem to scatter all over my legs, and most of all, the pungent and potent perfume of the sagebrush. So strong is the smell of the plant after a dowsing of water, that it seeks me out, invades my nostrils and overpowers my senses to near defeat.

Frankly, I haven’t been on particularly friendly terms with sagebrush. My sensitive nose can’t bear it. But alas, Mother Nature’s children deserve attention, or at least some respect (from a distance for me).

Artemesia tridentata (big sagebrush) has some redeeming qualities. Why else would our ancestors name it after Artemis, the Greek Goddess of hunting, childbirth, the moon, and the wilderness?  When Artemis wasn’t chastising Agamemnon for killing a stag in her sacred garden, she frolicked in the woods, caring to nature’s flora and fauna. Because of the fruitfulness and prestige of sagebrush (it’s been used for everything from arrow cases to tea), Artemis appeared to be a fitting namesake for the plant. Tridentata, meaning three-toothed, refers to the three “teeth” extending from the leaves of the plant.

Big sagebrush not only dominates the other shrub steppe plants in size and quantity, but also in age. The average life span of big sagebrush is 40-50 years, but some reach up to 100 years. Their finely tuned adaptions to the environment allow them to survive bi-polar moods of the weather. 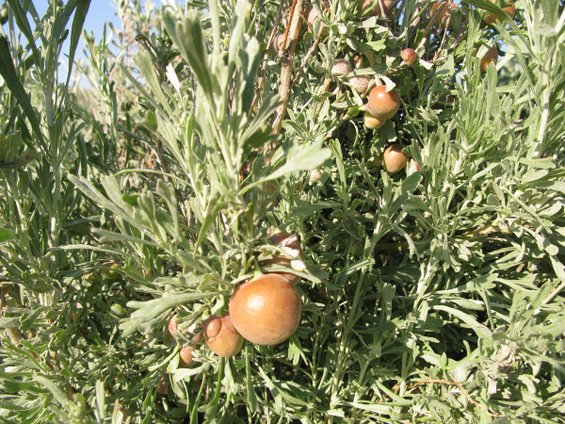 These fruit-like protrusions, called galls, are swollen growths of new plant tissue produced by the plant in response to an insect larva burrowed in the leaf.  According to Susan Ballinger, the founder of Wenatchee Naturalist, there are 28 different organisms that produce galls on sagebrush.

In the face of a drought, the sagebrush guffaws. Dehydration is an unimaginable thought for this creature. To quench its thirst in this arid environment, its course deep roots sink deep underground into water reservoirs. In the dryness of Wenatchee’s desert ecosystem, the sagebrush maximizes the rainfall by quickly absorbing the water through surfaced roots before it can evaporate.

Not only is sagebrush an efficient water collector, it’s also a stingy water hoarder. To defend against the penetrating heat of a Wenatchee summer day, their hairy leaves have adapted to reflect sunlight and protect against drying out in harsh winds and jarring sunrays. 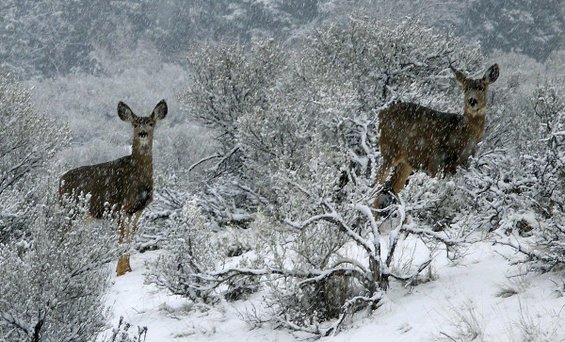 Artemesia tridentata is a perennial plant, meaning they thrive through all seasons, including winter.

While its adaptability is reason enough to admire this plant, it’s also proven to be quite useful. The next time you have a runny nose consider stuffing a bundle of sagebrush leaves up your nostrils.  The pungent fumes will spike your senses and divert your sniffles or so local Native American tribes thought.

The Columbia and Wenatchi Native American tribes took advantage of the medicinal benefits of sagebrush.  To cure respiratory ailments, sweat lodges were filled with smoky sagebrush leaves that emitted a strong, medicinal aroma. The scent, they said, had a calming, even sedative effect.

The leaves and twigs of the plant were also pulverized and then boiled to make a medicinal tea for colds, sore throats, indigestion, grippe (influenza), and general illnesses. Sagebrush takes the cake in all around medicinal uses among the shrub-steppe plants.

But it wasn’t just the stuff of medicines–sagebrush was also used as fiber to create clothes, saddle blankets, arrow cases, sandals, and rope. And it was placed around the deceased during burial rituals to deodorize the stench.

So the next time you’re hiking, trail running, or biking around the foothills, take a whiff of this powerfully pungent plant. For some like me, it might overpower your senses; for others, it might cure your sniffles.