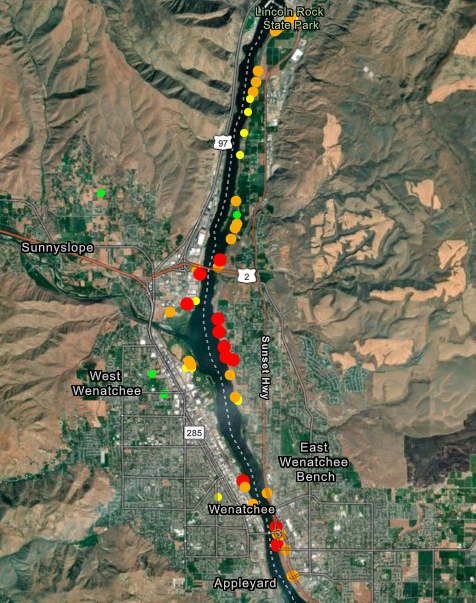 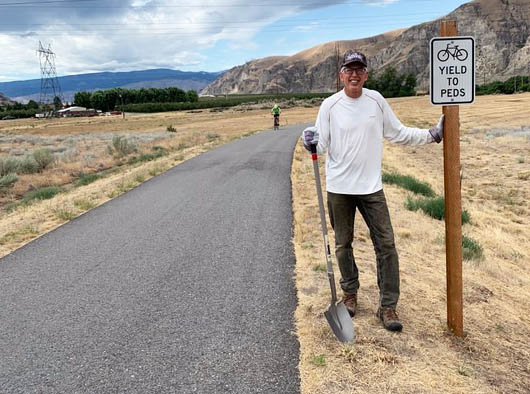 Steve Godfrey one of the goathead warrior volunteers, also known as rambo.

For the City of Wenatchee, goathead volunteers helped to cover 25 Wenatchee neighborhoods. Low income (high infestation) neighborhoods and public school neighborhoods were a priority, as these areas have higher bike traffic. Infestation levels overall within the city were down for the third consecutive year. Wenatchee is a large city however, and the goathead warriors are still well short of volunteers needed to cover every street and neighborhood.

In a bold, game changing move, the City Council declared ‘goatheads an official nuisance’ in 2019 and passed the first ever city goathead 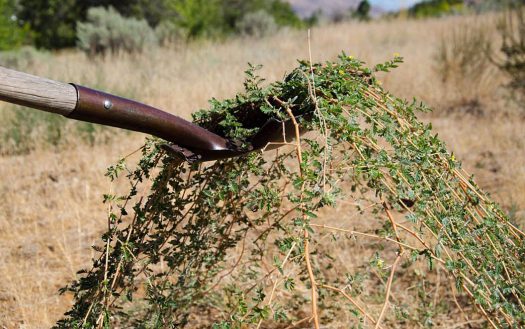 ordinance in Washington State. Allowing goathead infestations to grow within the City of Wenatchee is now a code violation and subject to a citation and fine. These citation “teeth” dramatically increased the awareness and control efforts of goatheads after the ordinance was passed, especially by property owners with historically high infestations.

Wenatchee Public Work’s aggressive herbicide program made huge progress in the alleys of the City of Wenatchee. Old goathead plant seeds will still sprout into the future but the vast majority of plants are being removed before any new thorns drop.

Wenatchee Public Schools maintenance teams did a great job moving school grounds toward “zero” goathead plants in 2019. Between the new ordinance in Wenatchee and higher awareness, property owners actively controlled infestations on many of the worst infestation sites in Wenatchee in 2019. Throughout the city the progress was impressive. 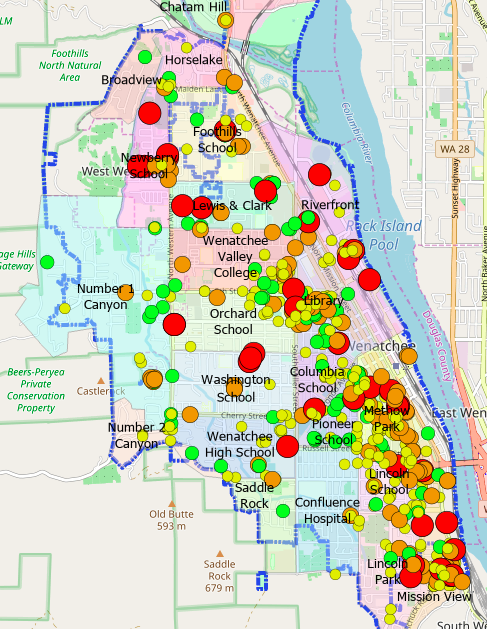 The City of Wenatchee interactive map of goathead infestation areas.

For the City of East Wenatchee, the Public Works department did a great job with an aggressive herbicide program along major East Wenatchee roads and bike routes. Infestations on the routes has dropped substantially over the past three years. The Goathead Warriors do not yet have enough 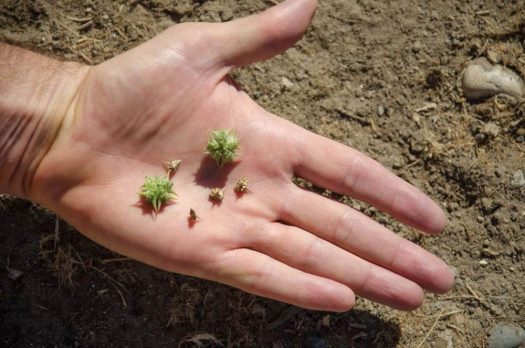 The goathead seed pods. They are super sharp and pop tires and get stuck in dog paws and in the soles of shoes.

volunteers to cover the East Wenatchee neighborhoods and could use your help. They did have their first volunteer patrols in some neighborhoods in 2019.  The lack of a goathead ordinance and enforcement mechanism in East Wenatchee and Douglas County is a handicap on the east side of the river.

For more information on the Goathead Warriors or to volunteer and become a goathead warrior yourself click here.