Photo: A house that was overtaken by the Carlton Complex Fire.

Forget a woman scorned. Hell really hath no fury like a forest burning where a century of fire exclusion has created an overload of fuel that, compounded by climate change, is ready to burn at extremely high intensity. Over 250,000 acres in Okanogan County re-discovered the fury of fire during the summer of 2014 when a patchwork of four smaller burns caused by lightning strikes merged into what became the Carlton Complex Fire, the largest wildfire in Washington State’s recorded history. Besides huge tracts of forest and shrub-steppe lands taking to flame, the fire destroyed around 300 homes (mainly around the towns of Pateros and Malott), killed about 1000 cattle, burned nearly 500 miles of fences, damaged orchards and fruit crops, torched hayfields, and consumed the structures and machinery of farms. Photo: Ground that was black in late summer of 2014 was greening quickly, as seen here in this photo taken in April of 2015.

This loop ride (best suited to cross-bikes and cross-country mountain bikes) exposes you to a sliver of the fury that raged over the Okanogan landscape during July of 2014. You’ll pass homes, farms, structures, fences, machinery, range lands, and forests that burned. On the environmental side you’ll see how quickly green is returning, especially to the shrub-steppe; while on the other hand, large tracts of severely burned forest remain expanses of charcoal.  On the human side you’ll see homesteads where the inhabitants have thrown in the towel and vacated, and other farms where new construction rises from the surrounding ashes.

Parts of this ride, where new greenery springs from blackened earth, are scenically beautiful. Other parts, where mountainsides of trees were completely decimated, will more slowly develop their own beauty with flowers and scattered conifer saplings among the silver snags.he entire ride, however, lets you use pedaling time to learn and muse. Photo: Unfortunately many stands of trees burned too hot and were completely destroyed.

All of this is both instructive and thought provoking. As you pedal this loop it’s hard not to think about fire’s role in the dry lands of the American West. This was neither well understood nor well managed over the past century. Fire is a natural force that, despite our efforts to contain it, will occasionally sweep across the landscape. The question for the century ahead might be posed as: How do we want our smoke delivered and our forests burned? Can we live with, relatively frequent fires that are more manageable and have more tolerable effects?  Or do we want to keep playing the suppression game that’s Heaven at the start but allows all Hell to break out when fire eventually jumps its chains?

Activity. Bike ride with either a cyclo-cross bike or a mountain bike.

Access. If coming from the north, drive Old Highway 97 south of Malott about 1.5 miles and park at the intersection of the Chilliwist Road (milepost 12.5). There is a small pullout and interpretive sign immediately after turning onto the Chilliwist Road (no permit required). If coming from the south, leave Highway 97 just north of Brewster at milepost 260.9 and follow Old Highway 97 about 0.9 miles to Pioneer Road. Turn left and follow Pioneer Road about 1.25 miles to the intersection with North Star Road. Park on the left (west) side of Pioneer Road just before North Star Road (no permit needed).

Map. See a topo map below highlighting these rides.

Hazards. The long loop is subject to more traffic hazard along the leg following Old Highway 97.

The Forest Service formed in 1905, partly as a governmental response to big fires that occasionally burned in the American West. Fire control was a big goal the federal government (and thus the Forest Service) was tasked with. Over the course of a few decades a landscape that evolved with fire went from a regular fire regime to a non-fire regime. Forests and lands that were regularly swept by lower-severity fires that kept brush and young trees in check began to change once fire was eliminated.

Fire suppression was initially successful and greatly reduced the amount of land burned as well as the destruction of human property. But in a maddening paradox, our increasing effectiveness at fire suppression has led to more devastating wildfires, because the forest changed through the exclusion of fire and other forest management practices– more fuel accumulated and less fire-hardy trees and vegetation survived. As these trees grew, they reached into the overstory tree canopy allowing wildfire to climb this “fuel ladder” thus increasing the risk of crown fires. Our initial success at suppressing fires actually magnified the possibility of much more uncharacteristically severe fires in the future.

Those of us living in the dry lands of the American West must live with the reality that fire is part of where we live and that the last century of land management has left our forests and range lands in a weakened state. The Carleton Complex Fire raises the question of what can be done to restore our lands to a healthier and more resilient condition.

This is a complicated conversation encompassing different needs and values. The best science available indicates that to restore resiliency to the dry forests of the West we need lots more prescribed burning to diminish fuel loads and we should let many smaller fires burn. We also need to use mechanical silvicultural operations, such as thinning and timber harvests, in ways that imitate the effects of fire. None of this is easy and forest scientists and land managers realize there are social risks (small fires sometimes get out of control) and social inconveniences (like more days of smoky air) of using small fires to mitigate big fires. Solving the issue means lots of old conceptions and old practices (among organizations and individuals) will need to burn as well. 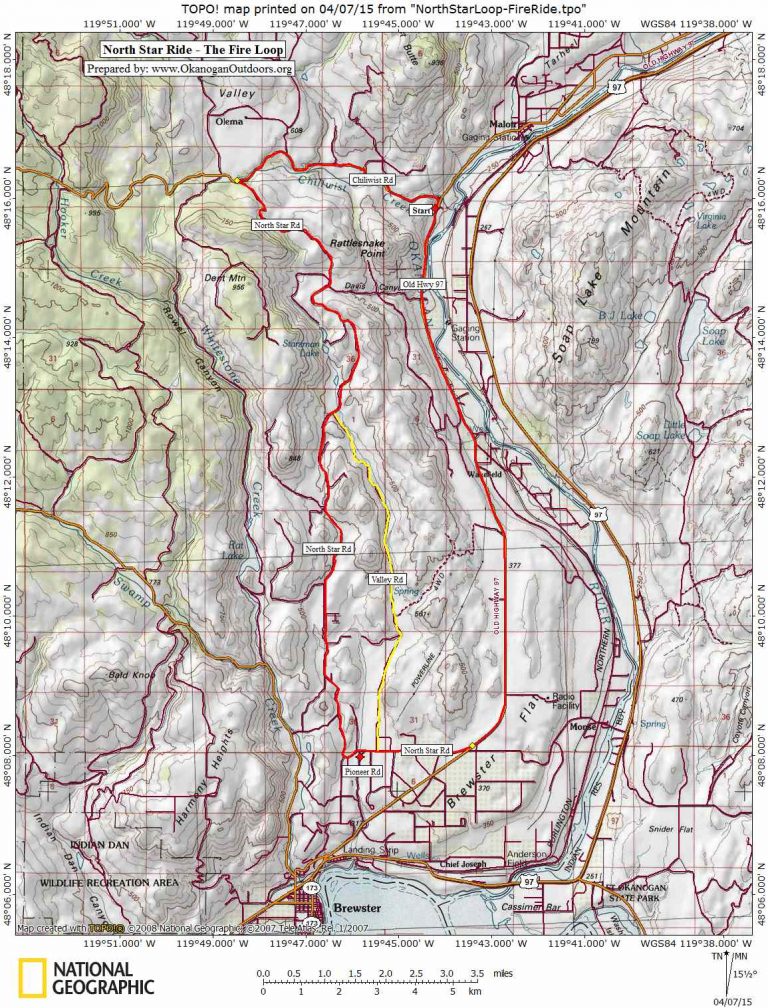