Somewhere in there, we’re are told, there’s a skiing line. Obviously, it’s the most obvious line.

The Axis of Skiing by John Plotz

Mr. CrossFit crushing the attending ski talent, who is well known for being ski-track leech.

An Axis with a view.

It’s a fine rope that links a patch of deadly skiing to a patch that is merely dangerous.

See a map of this route.

Map. The next gulley to the west also affords a good moderate route to ascend and descend. Here’s a map showing the route Plotz describes above as well as the route Coron Polley describes. 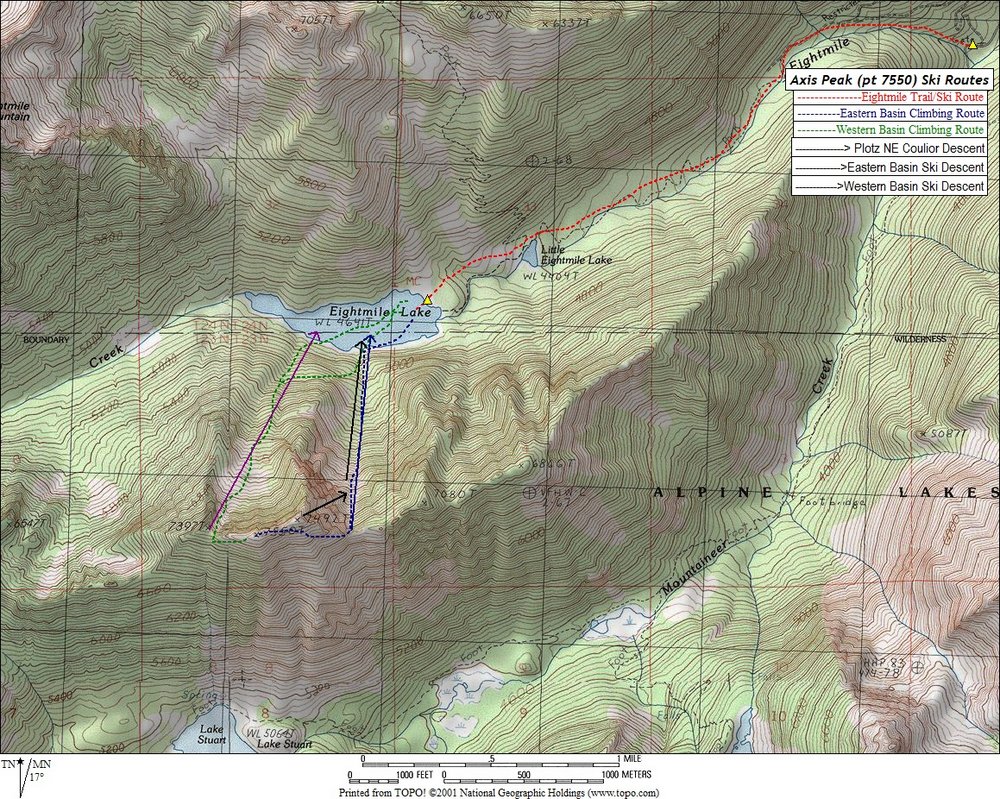