Photo: on Chair Peak Lake with Melakwa Pass above

On April 18, 2009, my wife, Patti, and I had the pleasure of skiing the Folk Life Tour north of Snoqualmie Pass. This tour lies slightly outside of Wenatchee Outdoors’ normal one-hour driving range, but it is something of a regional classic and well worth the effort to ski when travels take you toward Seattle. The tour is also representative of Cascade crest snow condition we have in the central Cascades.

In our case, the previous week had deposited approximately two feet of snow, followed by warming, rain, and then several inches of snow above 4,000 feet. With forecasted freezing levels on the rise, we made sure we started the tour early in the morning.

We parked the car at the upper-most Alpental parking lot at about 3,100 feet. We followed the winter trail to the Source Lake area. A day or two earlier, the slopes under Chair Peak had slid after sunshine and rain weakened the large deposits of new snow. In various places, impressive and sobering avalalnches had overrun our path and left massive deposits of avalanche debris.

From the Source Lake area, we skinned up through the Great Scott Basin to Pineapple Pass at about 5,100 feet, just south of the Tooth. From here, we had a nice ski on near-corn conditions to Denny Creek at about 3,700 feet. We then donned skins and headed over Hemlock Pass and across the frozen and beautiful Melakwa Lakes to Melakwa Pass at about 5,300 feet. The north- facing cirque to Chair Peak Lake held nice boot-top powder for delightful skiing. As we looped down and back toward Snow Lake at about 4,000 feet, the upper layers of snow became very wet and heavy. We then skinned up to the Snow Lake divide. The ski off the eastern shoulder of Chair Peak was spectacular. We descended near the avalanche paths that had already triggered and released their heavy deposits of new snow.

The loop was completed in time to enjoy a celebratory beer on the deck of the Alpental Lodge.

Map: View a topo map of the tour below. 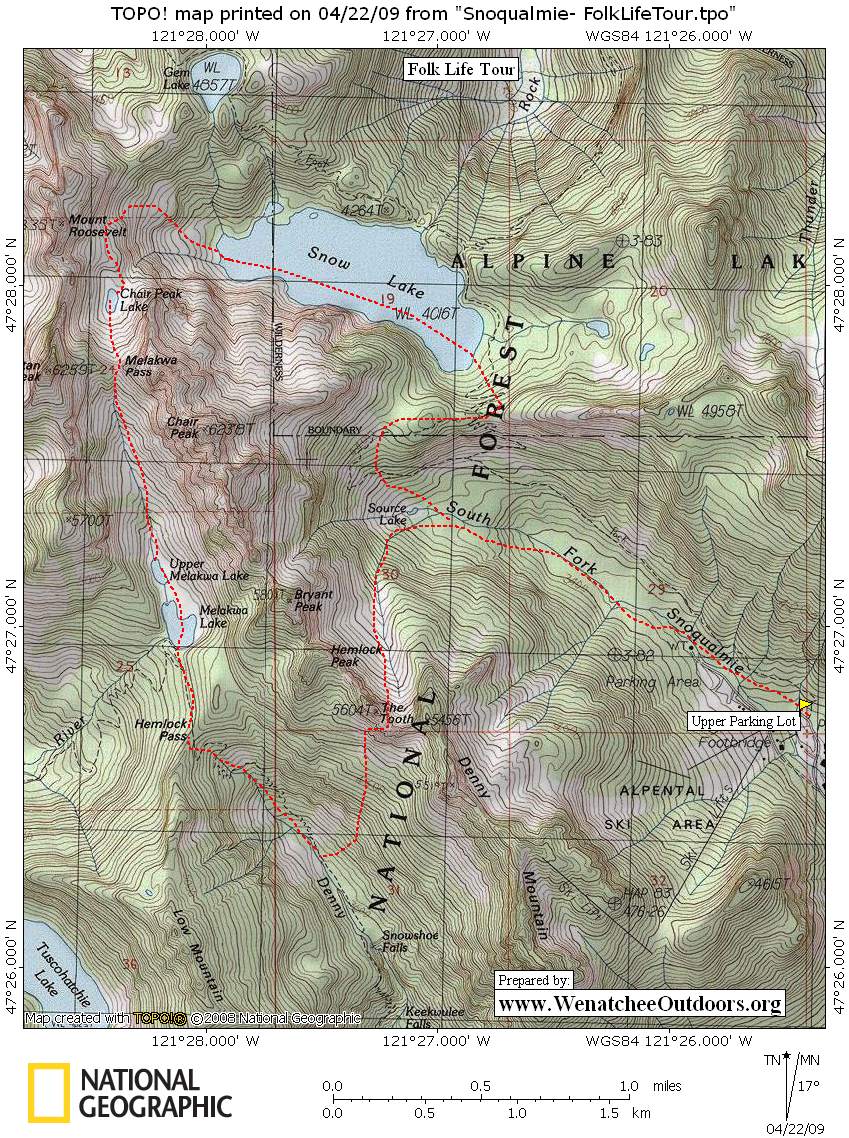