Attractions. An interesting and aesthetic tour following ridge systems in a big circle around the Tronsen Meadows/Tronsen Road area. The tour covers a fair bit of distance and is more about travel than turning. It’s an interesting tour for practicing navigational skills, offers great views of the Blewett Pass environs, and does provides access to some nice turns along the way.

Access. From the Highway 2 / 97 junction (Big -Y junction), drive Highway 97 south 19 miles. About 1.2 miles from Blewett Pass, look for a small, unmarked pullout (large enough for a few cars) on the east side of Highway 97 (milepost 165.2). This is Road 7230 and the Tronsen Meadows Road (Rd 7240) is 0.4 miles south (uphill) of this access point. Note: Most winters the little pullout at road 7230 is plowed, but not every winter—sometimes you may need to park at the Tronsen Meadows Road pullout and walk, snowshoe, or ski along the edge of the highway to the start.

We’ve described the loop in a clockwise direction because it makes the most of the downhill skiing. After doing the route as described, try it the opposite direction to mix things up. It will be a completely different route going counterclockwise.

Map: See our topo map below (map 1) featuring the loop. Use our Blewett Pass Winter Recreation map below (map 2) to help decipher the many roads and trails in the area.

Not Allowed: Snowmobiles are not allowed on the parts of this route within the Tronsen Non-Motorized Area but are allowed on parts of the high ridges. You’re likely to intersect their tracks along the way. Hazards: Avalanches are a possible hazard along parts of this route. The ridge system followed as described above is relatively safe in most snow conditions. Slopes you may be tempted to descend off the ridge, are more prone to avalanching and require a higher level of expertise to evaluate.

Leave It Better Than You found It:  This should be every outdoor user’s goal. Pick up trash left by others and take other measures to leave the route more pristine than you found it.

Important Disclaimer:  Treat this information as recommendations, not gospel. Things change, conditions change, and those contributing these reports are volunteers–they may make mistakes, fail to give complete information, or may not know all the issues affecting a route. If things go wrong, you are completely responsible for yourself, your actions, and your safety. If you can’t live with that, you are prohibited from using our information. 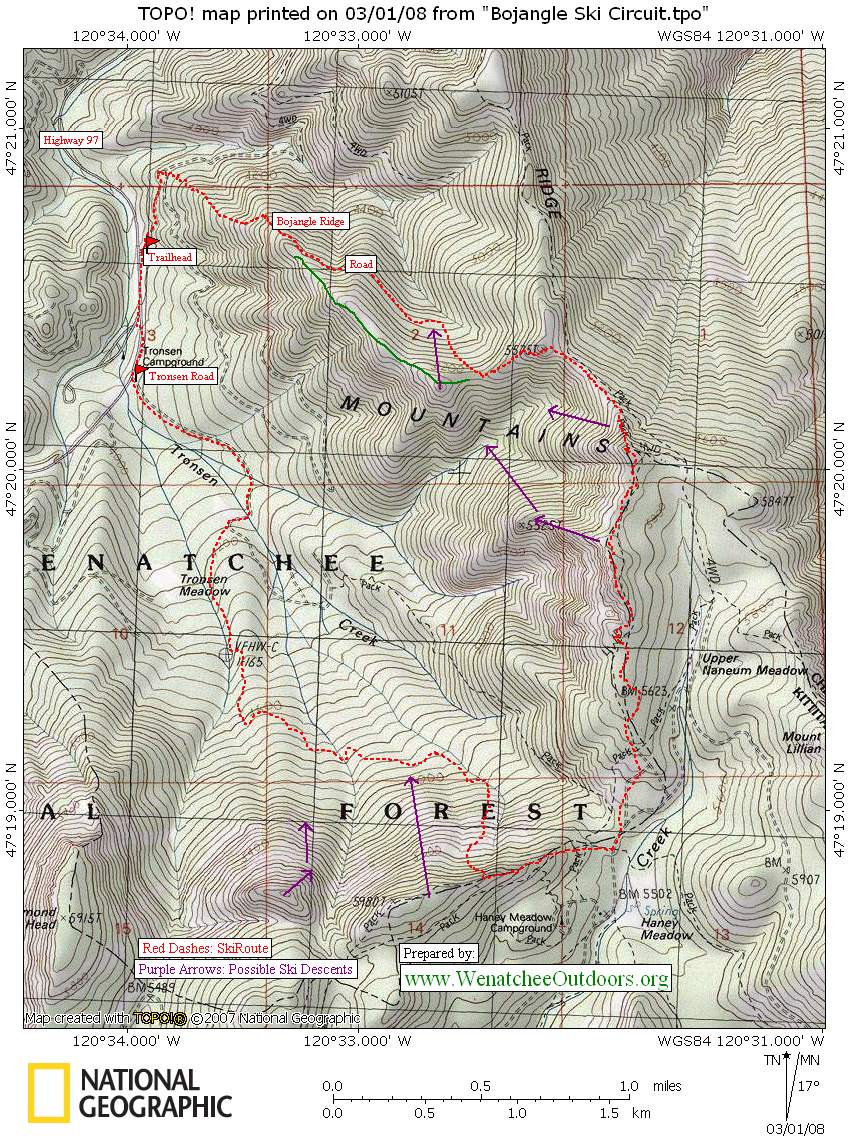 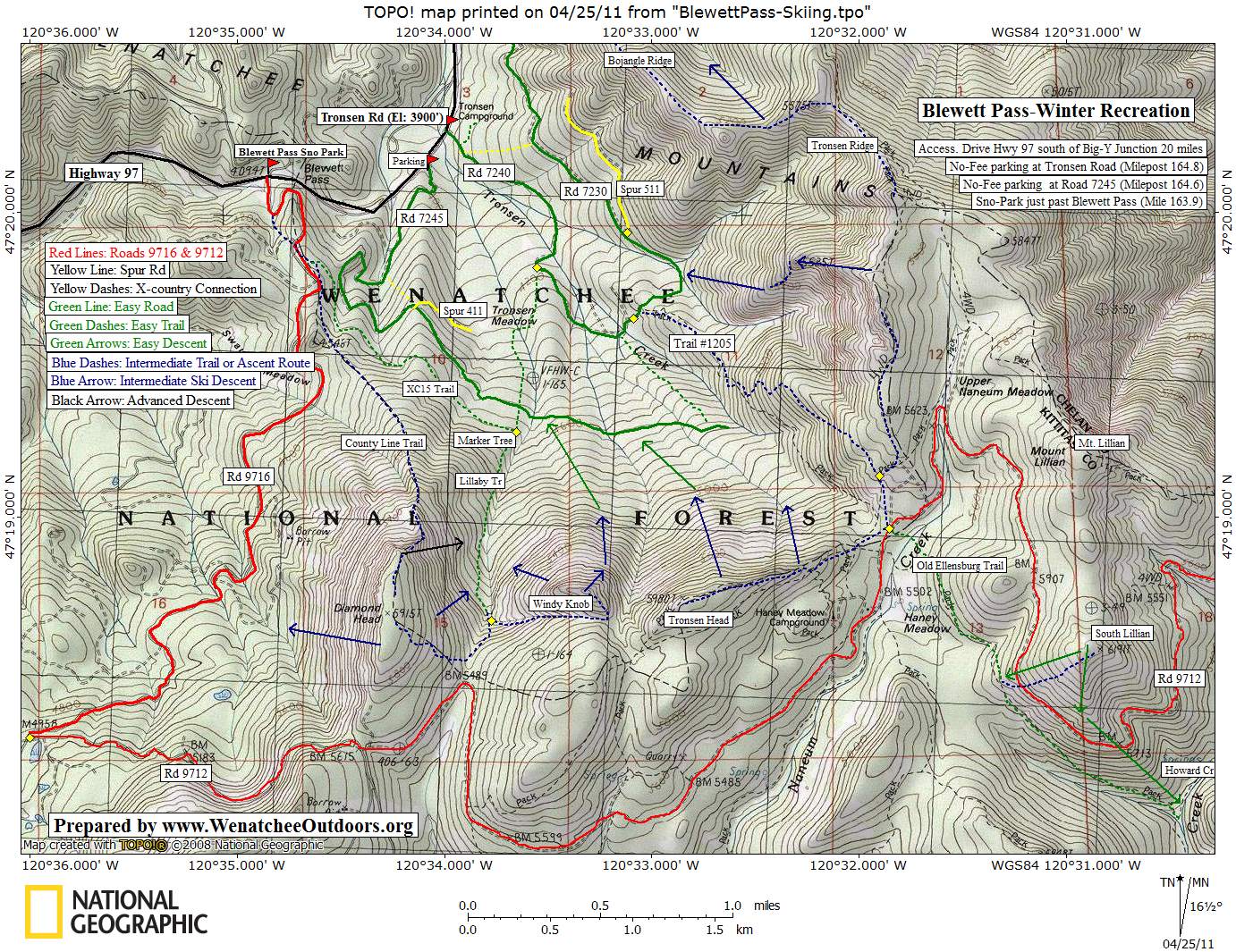