A note from the editor: The below information came from an email thread by Fred Stanley on the WenatcheeOutdoors.org climbing chatter. He was asking the climbing chatter crew if they could name this peak based on the photos. The answer is at the bottom of the post so you can quiz yourself as well.

Images below of Cascadians on summit of “unnamed” peak, Memorial Day, 1923, & Clarence Truitt high stepping on the summit ridge. 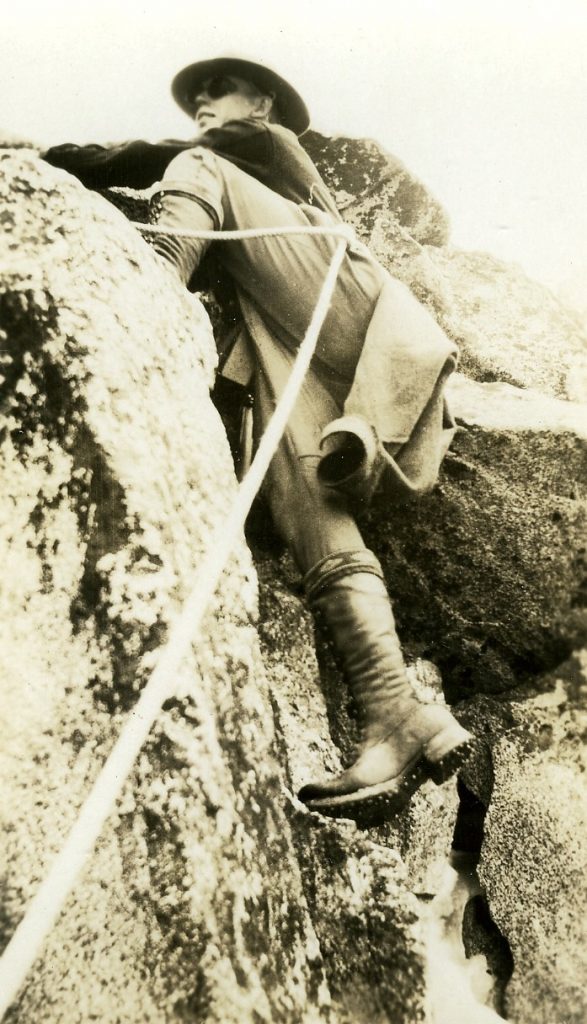 From July 3-11, 1926, Clarence Starcher and Clarence Truitt of the Cascadians, together with Q.A. Blackburn of the Seattle Mountaineers, “made a record for mountain climbing and hiking that as a pleasure trip likely has no equal in the experience of mountaineers.” Starting at Cloud Cap Inn on July 3, they climbed Mt Hood and descended to Government Camp, then drove to Spirit Lake. On July 4 they climbed up and down Mt St Helens and started hiking toward Mt Adams. On July 6 they climbed Mt Adams and started hiking toward Mt Rainier. On July 9 they climbed Mt Rainier by the Kautz Glacier and descended the Gibraltar route to Paradise. Then they hiked over the Cascade crest 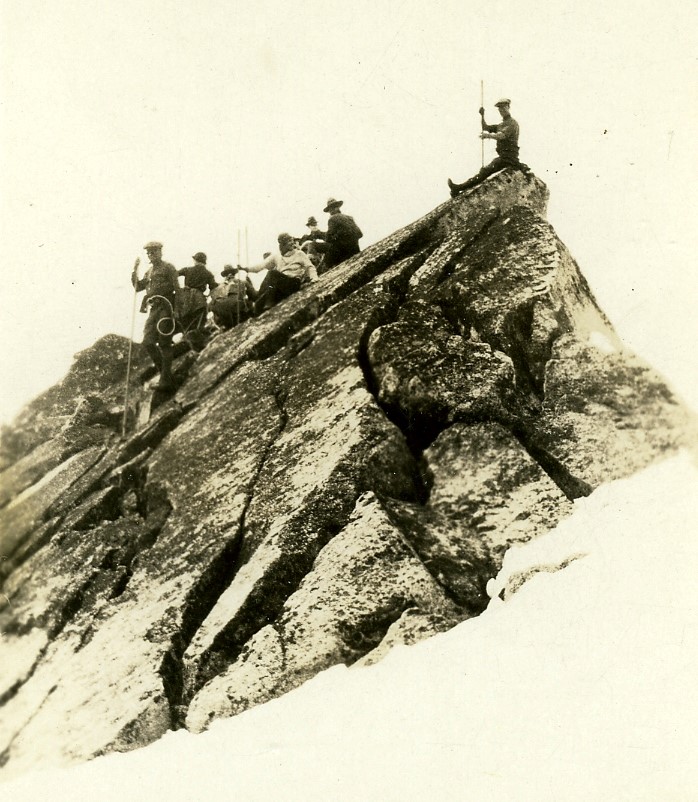 to Bumping Lake, from which point they were driven by automobile back to Yakima on July 11. They carried no bedding and subsisted on berries, nuts, dried fruits, and canned wheat. They estimated that during the nine-day trip they hiked approximately 350 miles and climbed 56,826 feet. This account was excerpted from the 1927 Cascadian Annual.

This newspaper article contains more details about the 1926 “Marathon of the Mountains” (Cascadian-1980-p6). At the time of this article Q.A. Blackburn was with Commander Byrd in Antarctica. Truitt and Starcher drove from Yakima to Cloudcap Inn on July 2. On July 3, they climbed over the summit of Mt Hood to Government Camp. The car met them there and they drove to Spirit Lake where they met Blackburn. After climbing Mt St Helens, the three men hiked the Skyline Trail to Mt Adams and climbed up and down the north ridge of Adams. After the climb of Mt Rainier, Blackburn left the party at Paradise. Truitt and Starcher hiked to Bumping Lake to return to Yakima. Their packs were limited to 16 pounds.

Truitt and Starcher, along with C.E. Rusk, founding president of the Cascadians and author of “Tales of a Western Mountaineer”, were members of a Cascadian party that made the first ascent of 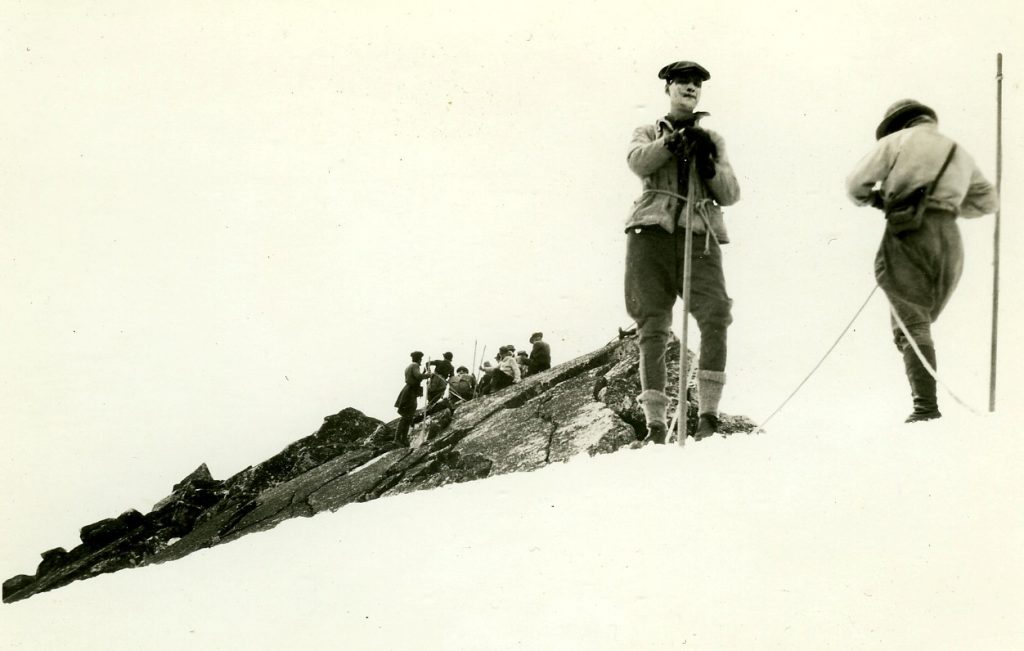 the Rusk Glacier – The Castle, on the east side of Mt. Adams, in 1921.  Fred Beckey claimed this ascent to be “an outstanding achievement in courage”.

Answer to the question what peak is this? Mount Stuart

For more information on the imagery please CLICK HERE. 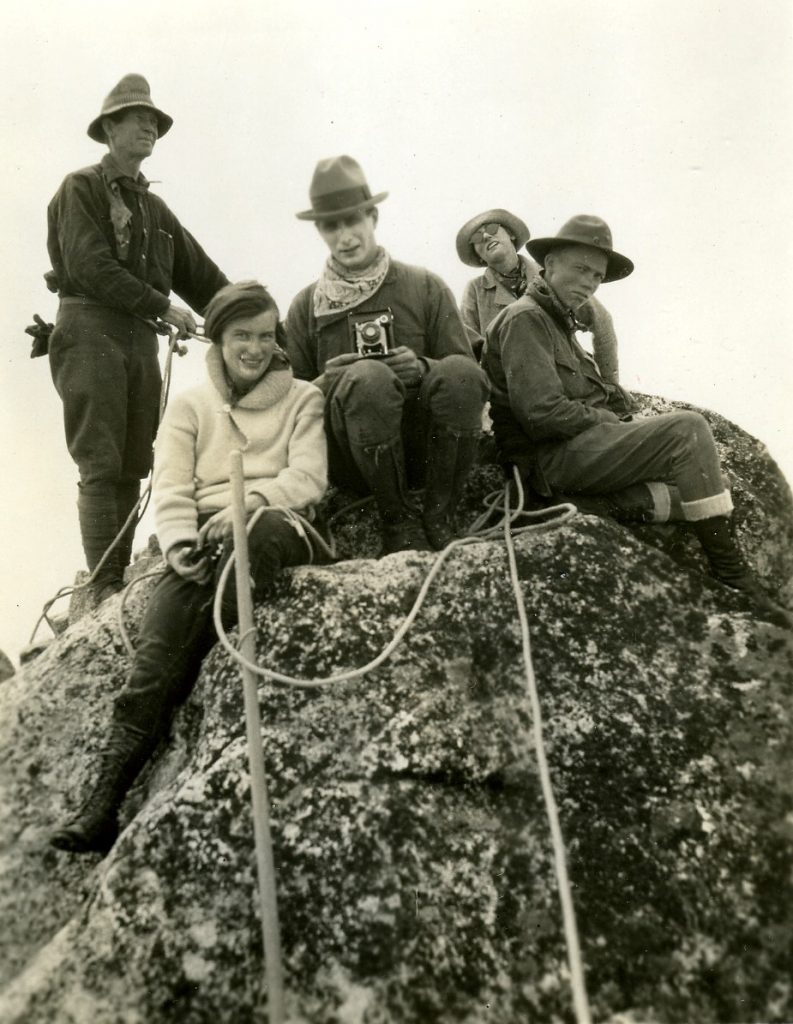