Article and photos by Shane Wilder

Inspired by the aging stallions who skied the Chiwaukum Birthday Tour and the endless Washington winter, I had to check out the ‘Swath.’ This giant avalanche path so entices me, yet I wonder if she is a spider waiting for her prey. Once again, I need to go and take a closer look at her web.

From the bottom of the swath, we wound our way up old logging roads (climber’s right of the avalanche path) and into the steep forest. We were now tap dancing in the earth mover’s path fully aware of the consequences of being here at the wrong time. Today we hoped would be the right time.

Farther up, we wound our way up very steep trees just looker’s left of the slide path. Even these trees would be deadly on a loaded day. The trees got even steeper so we had to carry skis. The cold powder high was 4-to-10 inches deep on a hard crust.

I dug several hasty pits with my gloved hands and found the snow pasted, Cascade style, to the underlying crust. From a hasty dig near the summit ridge where the colder, wind-loaded snow usually has a harder time bonding, I found some instability.

I have been on top of this peak before but never been able to ski the fall line from the summit into the heart of the avalanche slopes. Today was another chance and, lucky for me, I had veteran avalanche ski cutter Adam McKenney with me. His three years as pro patroller at Stevens Pass and his years of steep skiing have given him an intimate knowledge of our Cascadian snow pack and how to deal with avalanche potential. I liked the arrangement: He would ski first, I would take pictures.

The slope is loaded but not deeply. He starts skiing and I start pressing the shutter. Adam delicately tests the slopes, bouncing, slicing and just trying to produce an avalanche–nothing besides the cold, champagne powder moves under his skis. A few cautious turns lower, however, he rips out the whole slope. The snow does not slide all the way to the crust. Instead a four-inch layer above the crust flows downward. Adam is solidly planted and he watches the widespread but shallow avalanche run. It’s not a slope for the timid skier.

The white spider lives and breathes just outside of Leavenworth. She is 4,200 feet big and she is beautiful. See video of skiing top of the swath. Editors’s note: Shane and Adam enjoyed this powder skiing on Swath on April 24. 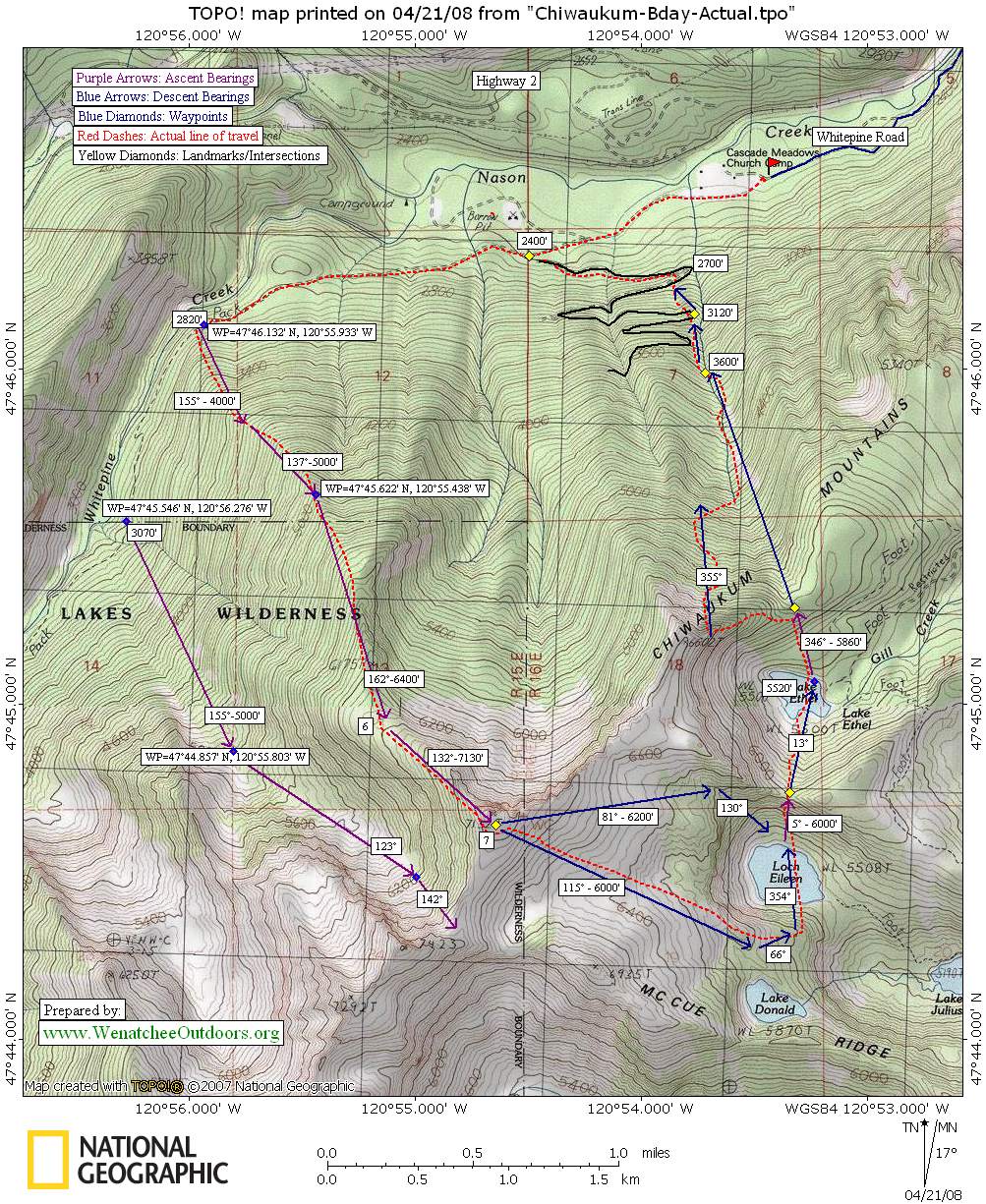