Summer’s Last Taste of Whitewater on the Tieton River

When all of the other Cascade rivers have run dry, the Tieton River recharges due to the much anticipated annual dam release at the Rimrock Lake Reservoir just west of Yakima.  The annual release, also known as a ‘flip-flop’ 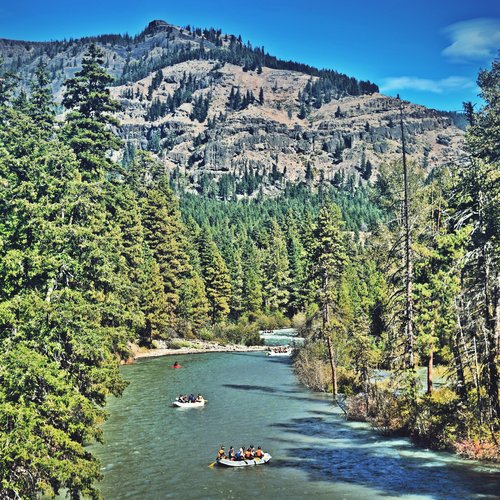 brings a switch in irrigation sources as the increased water down the Tieton helps make up for the annual reduction of releases from reservoirs feeding the Yakima River.  The release offers late season irrigation for surrounding vineyards and hops farms, increased habitat for spawning salmon in upper tributaries and the best whitewater in the state for the month of September. 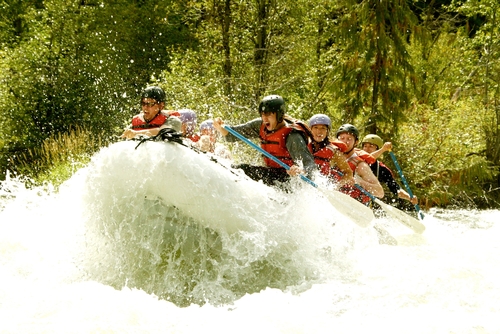 The whitewater run offers 13 miles of class II – III+ excitement in a beautiful canyon setting.  An added bonus is the relatively warm water that is released after warming up all summer in the Rimrock Lake Reservoir.  After playing in rivers that are primarily fed by the icy cold snowmelt of the Cascades, the Tieton River can almost feel tropical.

The annual boost of water in the Tieton River brings whitewater enthusiasts from around the state to soak up the last bit of whitewater and warm weather.  Although the whitewater run is along the road, it is not recommended for beginners as this normally flowing creek turns to a river and leaves few eddies and shorelines to easily stop at.

There are several outfitters that run commercial trips throughout the month of September on the Tieton;  Orion River Rafting, Wild Water, Osprey Rafting & River Riders are just a few of our hometown favorites!

Pro-Tips: Most outfitters offer group discounts so grab some friends to enjoy the thrills of whitewater at a discounted rate.  Make a trip out of it by camping at one of the many campgrounds nearby and don’t forget to get a box of peaches in Naches on your way home!

Rafters and whitewater kayakers interested in guiding themselves down the Tieton River can find the details of doing so in the WenatcheeOutdoors whitewater guidebook.

As well as ways to clean up after yourself refer to ‘Going’ in the Woods and the Scoop on Poop.