There’s always that crew of people who like to do things a little sideways. Tom Janisch, Mark Shipman, Freeman Keller and Bill Wicheta traversed the Enchantments crosswise to the standard routes, and were rewarded with phenomenal views and color displays.  There are not many out there who would really enjoy slogging up Hook Creek and the descent down Crystal Creek as like they did, but at least we can all enjoy the pictures.


The Enchantments are frequently hiked on the trail system between Colchuck Lake and Snow Lakes. This is a splendid hike and justifiably popular. There are those amongst us who sometimes seem to look at things sideways; what better way to do an Enchantment hike than sideways?

The standard trail system is on a west or east plane. Spectacular cross country routes approach the Enchantments from the north and south.

We settled on route that would leave the Icicle near the bridge by Hook Creek, up toward Yellow Jacket Tower, and then a up Hook Creek to Edward Mesa, across the Lost World Plateau, by the Rat Lakes, over Prusik Pass, by Inspiration Lake, to Crystal Lake, down Crystal Creek to Ingalls Creek, to the Ingalls Creek trail head. This is about 15 miles and 7,000 feet of vertical gain total. Most of the route up Hook Creek and down Crystal Creek is cross county.

A few pictures from the trip off of Mark Shipman’s camera: 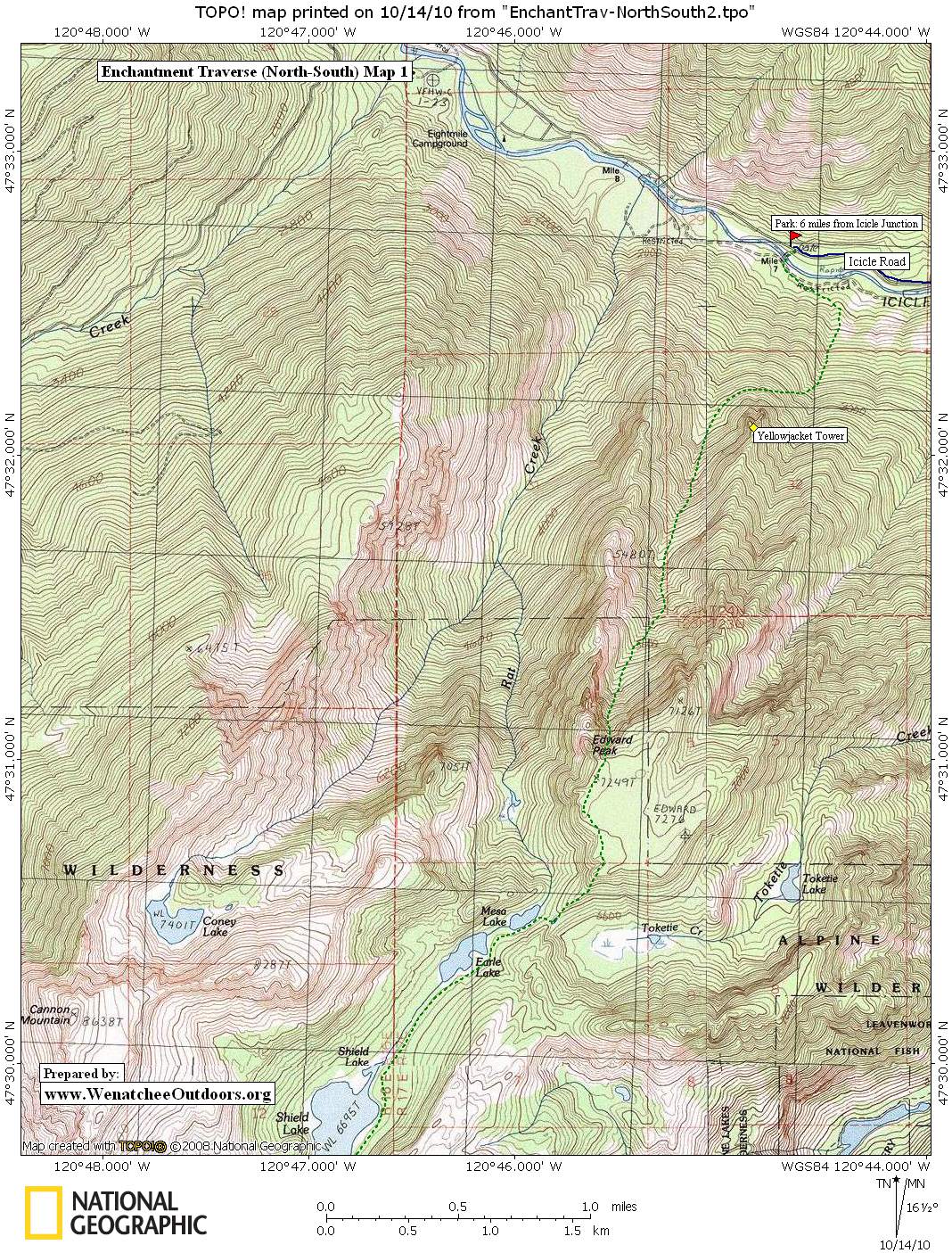 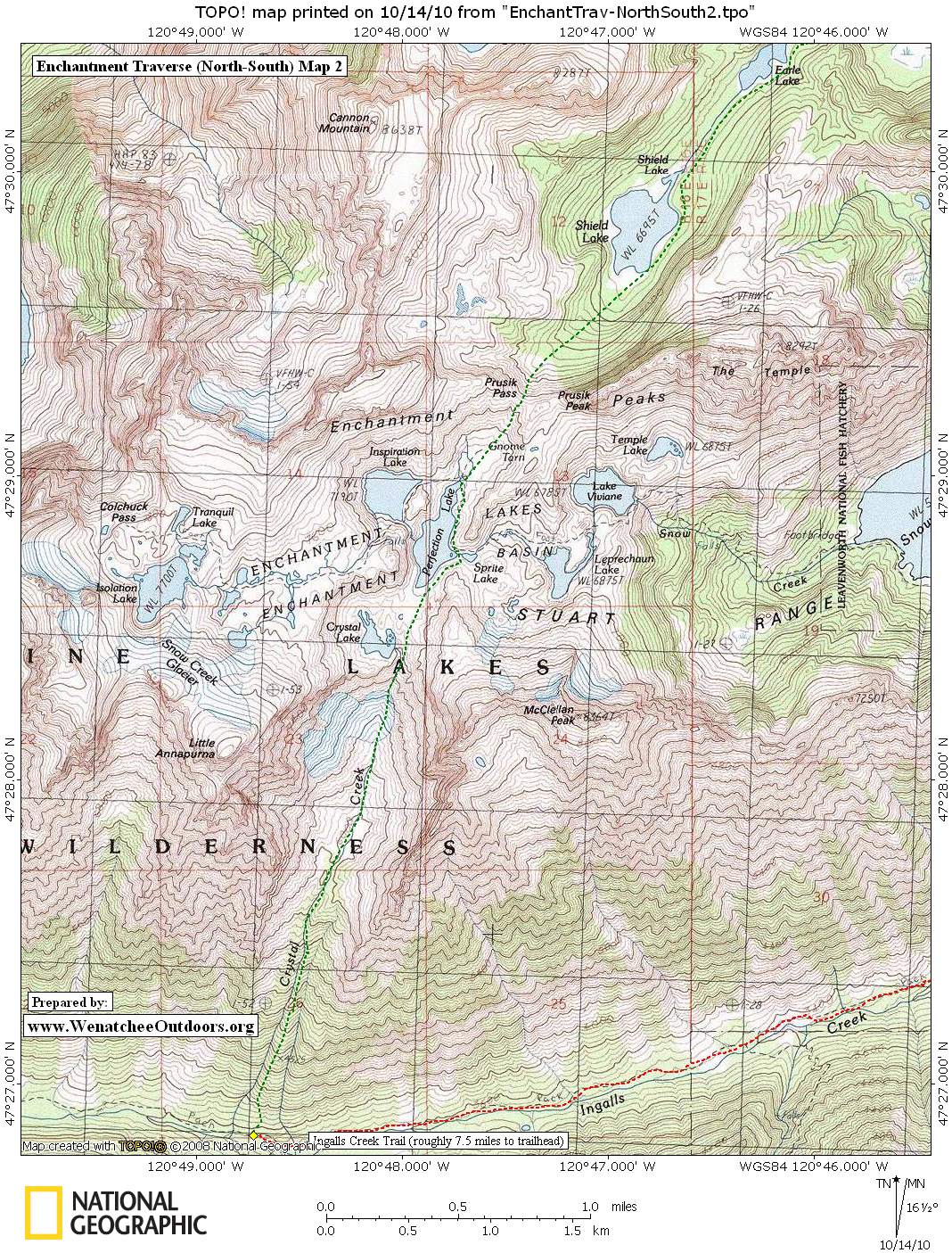