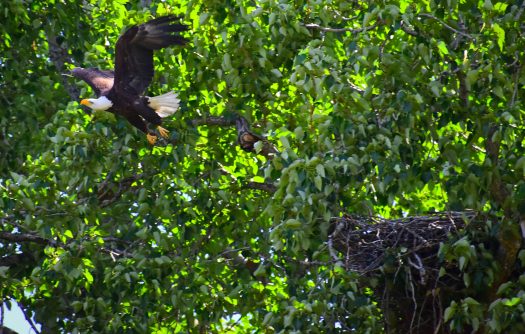 photos and article by Julanne Burts 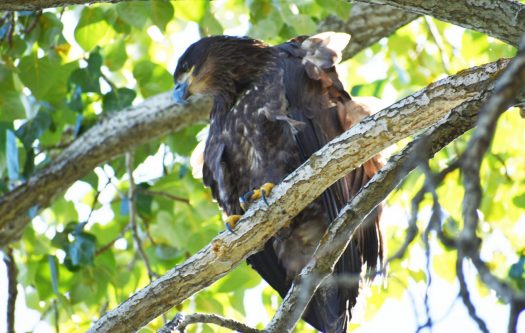 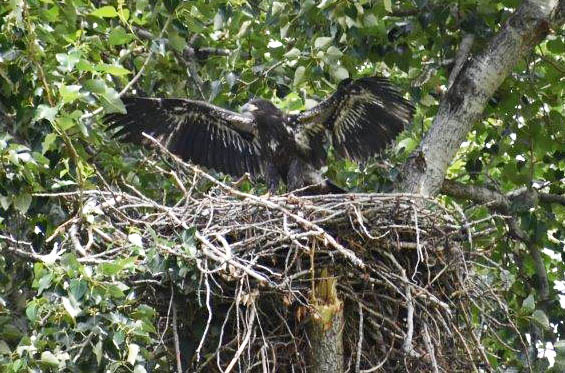 The baby stretching its wings. 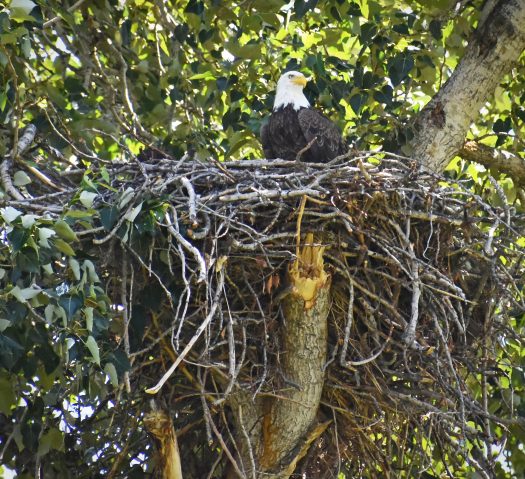 What is believed to be the first baby bald eagle fledged in Wenatchee in over 30 years took flight the week of June 24. From a nest located just off the Horan Nature Trail, high up in a cottonwood tree, the young bird began flight training earlier in June by exercising its wings and hopping around the nest to build muscles and coordination. Since hatching sometime in April, the young bird has grown from a song bird sized ball of fluff to a near adult size bird. Its estimated wingspan now exceeds 6 feet. Although a little wobbly in flight, the bird is soaring above the Horan Nature Reserve learning to land in nearby trees before returning to its nest. The parents will continue to support their offspring for about two months, providing meals and teaching hunting skills.

After that, the juvenile eagle will likely pick out new territory. Some young eagles settle up to 800 miles away from their birth nest. Over the next five years the young eagle will continue to develop its strength and skills. When it molts in the fifth year of life, it will display the distinctive white head and tail of an adult bald eagle. Until then, the feathers will be a mottled black with a few random white feathers.

Eagles mate for life and the parents will likely return to the same nest this fall to improve the structure and continue breeding. Congratulations to the proud parents and the city’s newest raptor.

Julanne Burts was born in Wenatchee in 1959 and started photographing eagles a couple of years ago. She says she still has much to learn about the craft. 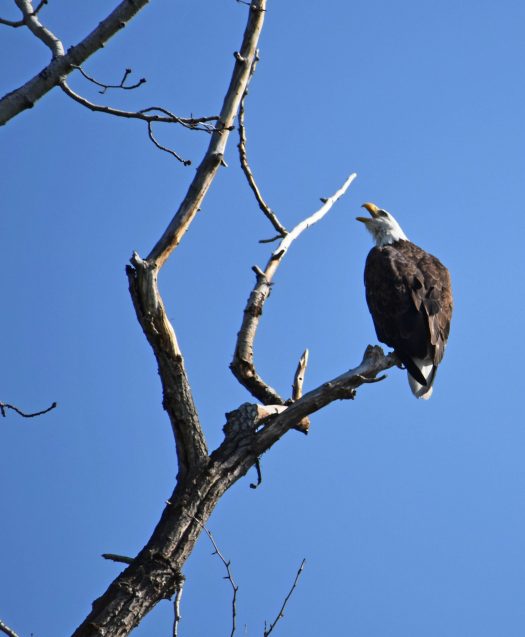